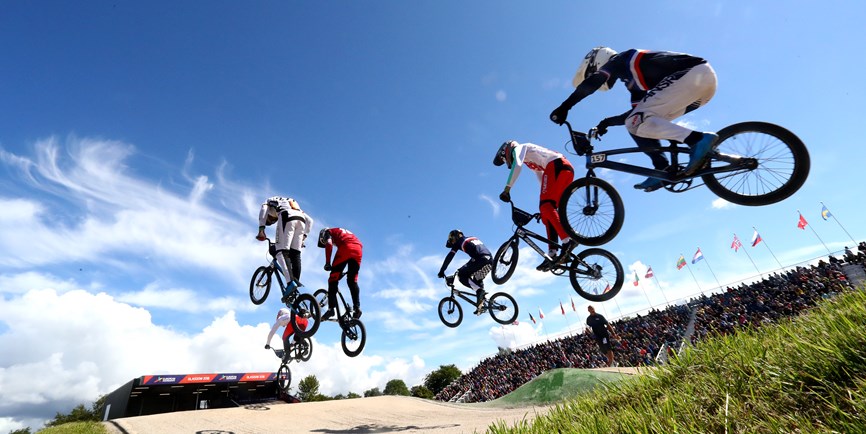 Glasgow has succeeded in its bid to be named the European Capital of Sport in 2023.

The announcement, made by ACES Europe, a non-profit association based in Brussels, marks the first time any city has won the coveted title twice – 2023 will mark 20 years since Glasgow first gained the accolade in 2003. Glasgow was vying for the title with the Italian city of Genoa, which has been awarded the accolade for 2024.

Winning the 2023 European Capital of Sport title adds yet another jewel to Glasgow’s crown of sporting glory. Last year, Glasgow retained its title as the fifth best sporting city in the world according to the SportBusiness Ultimate Sports Cities awards – and the best small city by population.

Glasgow declared its intention to bid in January 2019, with formal candidature submitted in July, before ACES Europe judged Glasgow against its five key principles and objectives: physical exercise as enjoyment; take part to compete; group spirit and feeling; fairness and respect, and; improving health.

Glasgow earned its earlier European Capital of Sport title by demonstrating its commitment to supporting grassroots level sport and development of physical activity as well as its ability to attract major sporting events.

Since then, the city’s sporting reputation has grown exponentially, hosting a series of world-class sporting events at outstanding venues; including, among many others, the 2014 Commonwealth Games, the 2015 World Gymnastics Championships and the first-ever European Championships in 2018.

Over the next 12 months, Glasgow will host the 2019 LEN Short Course Swimming Championships, the 2020 LGT World Men’s Curling Championship, and UEFA EURO 2020.

In 2023, Glasgow and Scotland will once again be on the global sporting stage, as city and nation play host to the inaugural UCI Cycling World Championships. The historic and innovative event will take place over two weeks in August 2023. It will bring together 13 UCI World Championships for different cycling disciplines in one unprecedented event that will see thousands of the world’s best cyclists vying to win the prestigious rainbow jersey.

Councillor David McDonald, Depute Leader of Glasgow City Council and Chair of Glasgow Life, said: “Sport is part of this great city’s DNA and Glasgow more than punches above its weight when it comes to hosting some of the world’s biggest and best sporting events. As well as bringing the world’s finest athletes and sports men and women to the city, we’ve invested in our sport venues, helping more people than ever to get fit and physically active in world-class facilities. We’re proud of our community engagement, more than doubling our citizens’ participation in sport. We’re committed to engaging in grassroots sport to improve residents’ wellbeing and are extremely proud of the successful regeneration brought about by our investment in sport.

“It is a huge honour that this investment and our commitment to sport has been recognised by ACES Europe and we’re thrilled that Glasgow will be the first European city to have won this great accolade twice.

“In 2023, the eyes of the world will once again be on Glasgow and Scotland as we host the first ever UCI World Cycling Championships – and as the European Capital of Sport, we further add to our global sporting credentials.”

In the last decade Glasgow has invested more than £200m in its sporting venues, attracting world-class athletes and international supporters and spectators to numerous events.

Since 2009, attendances at Glasgow Club sports facilities have increased by more than 50%, meaning more and more adults are taking positive steps to improve their health and wellbeing.

In addition, the number of junior members attending sports clubs across the city has more than quadrupled, demonstrating children are increasingly becoming active in sport at an earlier age.

Sport also adds huge value to the city’s economy contributing approximately £367m and employing around 10,000 people across the sector.

Gian Francesco Lupattelli, President of ACES Europe, said: “It gives me great pleasure to announce Glasgow will be the European Capital of Sport 2023. The city’s vision is to make sport and physical activity a part of citizens’ daily routine and a key part of both social and economic regeneration. Glasgow has been a global beacon, using sport and culture as key drivers in the city’s resurgence and that is why the city is the first to win the title twice. There is nowhere quite like Glasgow.

“I have very fond memories of the city when Glasgow was awarded the title in 2003 which was then only the third city to receive the award. I remember then some ground-breaking initiatives such as the GP referral scheme, the School of Sport, great sports development initiatives to encourage sports for all, and some fantastic facilities.

“I can see that the city has not stood still since 2003 but gone from strength to strength, with the addition of some truly world-class facilities and sport and health initiatives taking place which has seen usage levels rise significantly.”