United Nations Climate Change Summit to be held in Glasgow 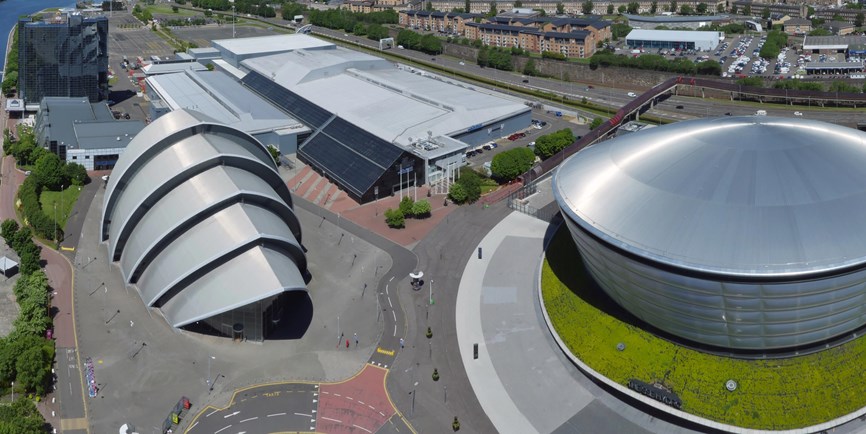 The world’s largest meeting on climate change action and policy will take place in Glasgow next year.

It was confirmed last week that the UK had won its bid to hold the 26th annual Conference of the Parties, known as COP26, with the UK Government announcing Glasgow as the host city.

As one of the world’s ‘super-conferences’, as many as 30,000 international delegates, observers and media are estimated to attend the event at the Scottish Event Campus (SEC) from November 9-20 2020; with numerous fringe events and social gatherings also taking place across the city.

COP26 is widely regarded as the most important gathering on climate change since the Paris Agreement was signed in 2015. With a focus on producing an international response to the global climate emergency, it will be the largest and most complex event ever held in Scotland and the largest gathering of heads of state in the UK.

Lasting for two weeks, up to 200 world leaders are expected to participate across the final weekend of November 15-16.

COP26 organisers have an ambition to provide an accessible and sustainable setting for all delegates, providing Glasgow’s hotels, venues, restaurants and attractions with an opportunity to promote their sustainability credentials, awards and activities over the coming months.

At the same time, Glasgow will be extremely busy in the lead up to and during the conference, which means it will not be business as usual for the city.

Holding COP26 will be a huge undertaking, but, as an experienced host of several mega events in recent years including the Glasgow 2014 Commonwealth Games, the visit of Pope Benedict XVI in 2010 and the 2018 European Championships, the city has the expertise and capability to support local businesses and communities.

Working with city and national partners, Glasgow City Council is already making preparations to engage and mitigate, as far as is possible, against the impact of an event of this size, while seizing the opportunities that being a proud host brings in terms of profile and economic impact.

When the eyes of the world are upon Glasgow, the city will be ready with businesses and citizens playing a major part in the successful delivery of COP26.

Councillor Susan Aitken, Leader of Glasgow City Council, said: "It is a tremendous honour for our city and recognition of the strides on sustainability we have made that Glasgow will host an event of such global significance. The Climate Emergency is the issue of our age and COP26 will be the most significant coming together of world leaders to discuss it since the signing of the Paris Agreement. This is the century of the city and cities are best placed to get to grips with the global climate emergency.

"Here in Glasgow we are determined to become the UK’s first ‘zero carbon city’. Our ambition is to be at the forefront on climate action and we hope the efforts in our city can encourage the attending world leaders to deliver for our planet."

The first ever UN Climate Change Conference, COP1, took place in Berlin in 1995. It sits every year with meetings rotating among five UN regions – Africa; Asia; Latin America and the Caribbean; Central and Eastern Europe; and Western Europe.

The next meeting, COP25, will take place in Santiago, Chile this year from December 2-13.